​Uzbek Dance from the Ferghana Valley 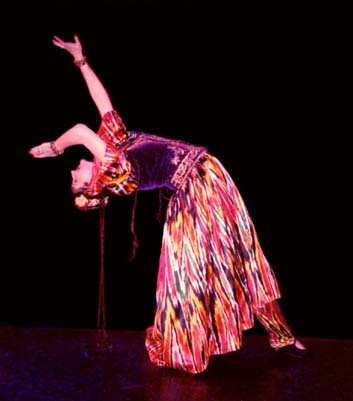 ​Uzbekistan is a former Soviet republic, which is now an independent state. Strategically located on the Silk Route, the khanates of Samarkand, Bokhara and Khiva were the cultural centers of the world, while Europe still lay in the "darkness" of the Middle Ages. Avicenna, the father of modern medicine, came from Uzbekistan. The mathematical term "Algorism" is named for the Uzbek scholar Al-Khorezmi (from Khorezem) . There are three main styles of Uzbek dance. In this workshop we will learn the lyrical style from the eastern valley of Ferghana with its typical spins, artful hand gestures and coy facial expressions. We will also learn about the costume made from the precious khan-atlas silk (ikat).