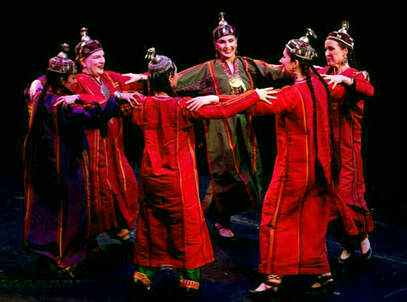 ​The Turkmen are originally a nomadic people, who wandered through the regions of northeastern Iran, northwestern Afghanistan and the ex-Soviet republic of Turkmenistan. Today this ex-Soviet Republic is one of the independent states of Central Asia. Because of the nomadic lifestyle, the Turkmen developed a staged dance culture only under the influence of Soviet cultural programs. This dance form was created analogously with other Soviet dance styles.