HELENE ERIKSEN: TRADITIONAL DANCES
Helene is a dance ethnologist, teacher, performer and choreographer of traditional dances of the Balkans and Islamic Orient as well as Argentine Tango and folk dance. She lectures and publishes on dance ethnology and costume studies. She has conducted many research projects in Bulgaria, ex-Yugoslavia, Hungary, Romania, Greece, Turkey, Armenia, Georgia, Egypt, Uzbekistan, Pakistan, Algeria, Tunisia, Morocco and Argentina as well as with immigrant communities in Europe and the Americas. She speaks several languages. She is an active member of the Study Group on Ethnochoreology (ICTM/UNESCO). For many years she has been leading dance and culture study tours to Morocco, Turkey, Armenia and Uzbekistan (Coming up: tours to Argentina!).
Helene studied Dance Ethnology at the University of California, Los Angeles (UCLA) and was later a doctoral candidate in Folklore, Slavistics and Turcology at the Georg-August University in Göttingen, Germany. In Los Angeles she performed with AVAZ International Dance Theater, Gypsy Dance Company and Jasna Planina Ensemble. After a year at the Folkdance Academy in Plovdiv, Bulgaria, she was a guest of the Turkish State Folkdance Ensemble in Ankara.  She completed her Second Year Kathak Accreditation with honours with the Prayag Sangit Samiti, Allahabad, India.  She directed her ensemble Raqs-e Hilal for several years in Germany. Since 1994 she has been teaching intensive ANAR DANA training programs internationally.  Currently there are projects in the US, German and Argentina.
As a dancer she has appeared on television, in large festivals and on stages around the world with performances in: Germany, Austria, England, Denmark, Sweden, Holland, France, Switzerland, Italy, Bulgaria, Croatia, Turkey, Russia, Canada, Norway, the USA, Pakistan, Algeria, Slovenia, Mexico, Argentina and Uzbekistan. 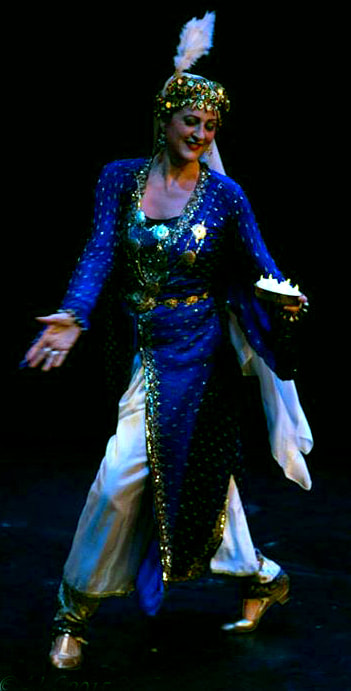 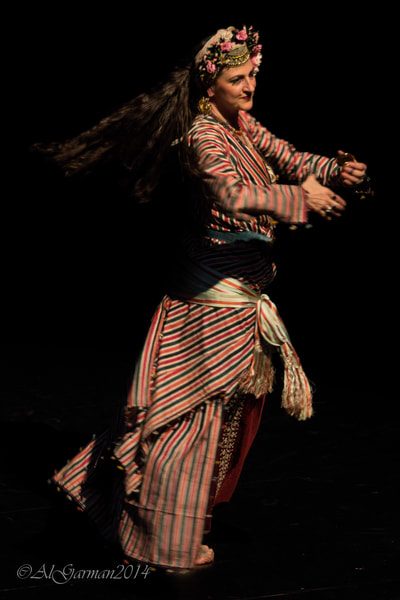 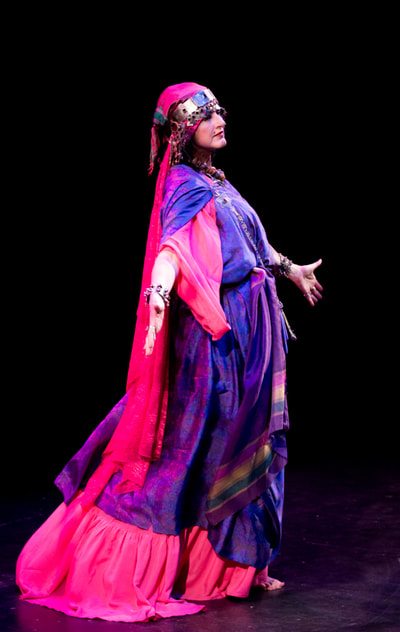