Dances of the Ottoman Empire 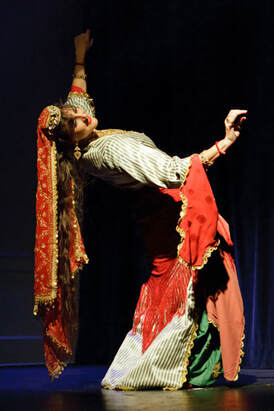 ​The Ottoman Empire was truly a multicultural society. In order to be a full citizen, one had to be a Muslim, but not necessarily a Turk.  Religious minorities, such as Christians and Jews, were protected and had their place in the state. The capital and courts were a colorful mixture of Turks, Greeks, Slavs, Albanians, Armenians, Roma, Caucasians, etc. The music of the courts mirrored this mélange. In our workshop we will explore the rhythms Çiftetelli, 9/8, 10/8 Sama'i, as well as 7/8. We can also learn a Sirto composed by a Sultan and accompanied by the hand percussion instruments Çalpare​. This workshop gives the student and idea of what dance could have been like in the courts of Istanbul at the end of the 19th century.